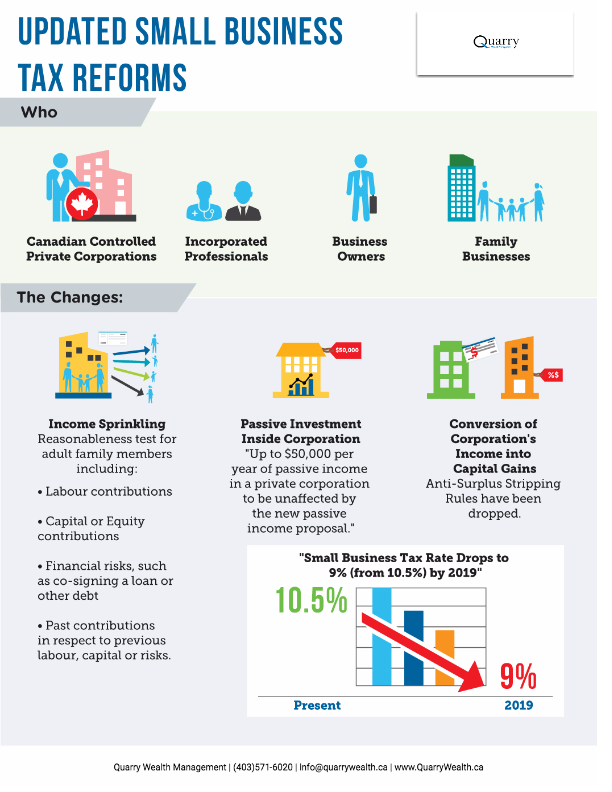 It has certainly been a busy week in terms of announcements regarding financial policies for small businesses. Following the series of proposed tax reforms that the government announced back in July, various tweaks and changes have subsequently been made, owing, perhaps in part, to confusion and frustration expressed among the small business community. This week Finance Minister, Bill Morneau, has made further clarifications and adjustments to his original set of proposals, aiming to bring more of a sense of balance to the plans. Like all policy changes, the detail can be a little overwhelming, so here is a summary of the key points for your reference:

Of course, this is one area of government policy which is not only constantly changing, but particularly controversial in the current climate, so keep yourself updated regularly on new announcements and news, to ensure your understanding in this area and its potential impact on your family and business. If you have any questions, please talk to us.

Are you ready for retirement?

How to maintain a diversified investment portfolio during retirement

The Retirement Guide has been sent to your inbox!

We will send the guide directly to your inbox.

You have Successfully Subscribed!

We will send the guide directly to your inbox.

You have Successfully Subscribed!